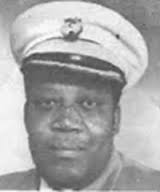 The following is an excerpt from Dr Kevin Roy’s book “Zion City RSA” with a few alterations, additions and subtractions by me to make it more suitable for the blogging format, for the full bibliography see the bottom of the article

The Zion Christian Church (ZCC) is one of South Africa’s largest churches, yet the facts around it’s founder are quite hazy. Sometime between 1880 and 1885 in the Northern Transvaal of Northern Sotho (Pedi) stock Engenas Lekganyane was born. Some have claimed he became an evangelist in the Free Church of Scotland[i], while others say that he began as a preacher of the Bantu Baptist Church[ii]. Its possible that both are true. After suffering from a terrible eye disease for many years, Lekganyane claimed to have a vision in which a voice told him that if he went to Johannesburg he should join the church that baptises by threefold immersion, through this he would find healing.

Lekganyane arrived in Johannesburg in 1912, and soon thereafter  joined the Zion Apostolic Church (ZAC) of Elias Mahlangu, who baptised him… His eyes were then healed[iii]. At this stage there was no difference between the ZAC and the AFM, since Mahlangu did not break with the white Pentecostals until about 1917. Its quite possible that before his baptism by Mahlangu, Lekganyane might have met P.L. le Roux and later came to know him closely and received his preaching credentials from him.

Lekganyane became a powerful preacher in the ZAC, but soon differences arose between him and Mahlangu. Lekganyane began promoting customs which Mahlangu found objectionable. Things like the wearing of white robes, the growing of beards by the men, and the removal of shoes before services. Around this time Lekganyane interpreted an incident involving his hat to be a divine revelation that he would found a large church. While in prayer, a whirlwind blew his hat off his head, and it settled under a tree where falling leaves filled it. The leaves symbolised, he believed, the many members he would gather together. His prophecy in 1917 of the defeat of Germany by Britain also helped to enhance his prestige as a prophet and a man of God.

Lekganyane left the ZAC and went to Lesotho in 1920. There he joined up with Edward Motaung’s Zion Apostolic Faith Mission and was ordained as a bishop of the ZAFM for the Transvaal. Once again differences arose, chiefly over administrative matters, and at the end of 1924 or the beginning of 1925 Lekganyane founded his own church, the Zion Christian Church (ZCC). His marriage to a second wife was a further reason for the break with Motaung, who opposed polygamy. Lekganyane remained a strong admirer of Motaung and named his second son, Edward, after him[iv].

In 1930 Lekganyane moved the centre of his operations to a farm he purchased about fifty kilometres east of Polokwane. This became ‘Moriah’, the headquarters and spiritual centre of the ZCC, the place where the faithful come together to celebrate and bring their gifts and offerings to the church every Easter. The ZCC grew rapidly. Its 926 adherents in 1925 became 2 000 by 1935 and  8 500 by 1940. In the next two years membership of the ZCC had trebled to 27 487 and the church had spread to Zimbabwe, Botswana and the Northern Cape Province. Lekganyane’s ability to keep his followers together resulted in them becoming one of the largest indigenous churches in Africa by 1974, with about 45 000 members. Like other Pentecostal and Zionist leaders,

Lekganyane laid a strong emphasis on divine healing. At first he used to heal by the laying on of hands, but as the church developed he would bless various objects such as strips of cloth, strings, papers, needles, walking sticks and water to be used for healing and protective purposes[v]. These kind of things contributed to the increasing distance between the ZCC and the classical Pentecostal churches.

Lekganyane’s death in 1948 led to a dispute between his two sons Edward and Joseph as to who should lead the ZCC. Such crises are common in African independent churches and often lead to schisms. The ZCC also split between the two sons, but by far the larger section continued as the ZCC under the leadership of Edward and continued to grow rapidly. By 1954 membership had reached 80 000. In 1963 Edward enrolled at the Dutch

Reformed Church’s Stoffberg Theological College for a three-year course in theology. It appears that at the end of his life Edward sought to steer the ZCC in a more biblical direction and away from the messianic elements which tended to view Lekganyane as an African Messiah. Not all were happy with these new developments, and some felt that the ZCC had lost spiritual power. Nevertheless, Edward Lekganyane was an effective leader, and the church continued to grow under his episcopal rule. After his death in 1967 his son Barnabas succeeded him as bishop.

Membership of the ZCC in the closing years of the second millennium was estimated to have surpassed one million. The annual Easter gatherings at Moriah, near Pietersburg, cause major congestion on the 300 km road from Gauteng to Pietersburg as up to a million adherents make their pilgrimage to their holy Zion in the North.

Some of the additional errors which characterise the ZCC today are[vi]:

• A person is saved through baptism in the name of the Father, the Son and the Holy Spirit, by dipping him/her in water 3 times. This goes against the biblical teaching that salvation is by grace alone through faith alone, not of works, so no man can boast (Eph 2:10-11

• Z.C.C members pray to God in the name of Jesus Christ. Lekganyane is the leader not Christ. Lekganyane is believed to have supernatural powers (believed to be the mediator between man and God). This is the reason why most worship songs are about him. This clearly goes against the teaching of Scripture, as the apostle writes, “For there is one God, and one mediator between God and men, the man Christ Jesus” (1 Tim 2:5)

• The Z.C.C Church Members have a strong belief in Prophets and Prophecies.This clearly misses the clear revelation of God which says, “Long ago, at many times and in many ways, God spoke to our fathers by the prophets, 2 but in these last days he has spoken to us by his Son, whom he appointed the heir of all things, through whom also he created the world” (Hebrews 1:1-2)

[vi] Lukhaimane, “The Zion Christian Church of Ignatius Engenas Lekganyane, 1924 to 1948: An African Experiment with Christianity (MA Dissertation, University of the North, 1980), 15-22.

← The Most Destructive Influences on Christianity in South Africa #4: The Leaven of Liberalism
Some Christian Thoughts about #FeesMustFall →

6 comments for “The Most Destructive Influences on Christianity in South Africa #5: The ZCC”