This is the thirteenth in a series of posts I am doing on pivotal moments for the Gospel in South African history. If you would like to read the first in this series click here

A church grew out of the ministry of John G Lake and Hezmalhalch, and was registered with the South African government in 1920 as the Apostolic Faith Mission of South Africa. In 1915 Le Roux became the president of this new denomination and held that position till his death in 1943[i]. So encouraging were these early days, as people from different races worshipped together causing pioneer Pentecostal missionary William Burton to say, “all shades of colour and all degrees of the social scale mingled freely in their hunger after God.[ii]” However in this fallen world things would change. Racial feelings perniciously worked their way in and on the 6th of November 1908 the minute book of the AFM read, “It has been decided that in future the baptism of Blacks will take place after the baptism of Whites.[iii]” Less than a year later, things got worse, the minutes reading, “In future the baptism of Whites, Coloured and Blacks will be separate.[iv]” Though the AFM president P.L. le Roux had a good relationship with many black fellow Christians, these types of patterns and certain attitudes only served to alienate many black Christians, resulting in many schisms. In a study done by the AFM in 1932, it as determined that no less than 112 Zionist groups could be shown to be offshoots of the Apostolic Faith Mission[v].

But not all black leaders lefts the AFM. One outstanding man, Elias Letwaba remained in the denomination. Letwaba was born in the northern Transvaal in 1870. At the age of 19 he joined the Berlin Lutheran Mission to train as a preacher. The following year, 1890 marked his joining of the newly formed Bapedi Lutheran Church (an independent ‘Ethiopian’ Church). Here he laboured for 19 years[vi]. Early 1909 Letwaba met John G. Lake and was immediately enamoured. God’s power in the form of apparent miracles was something Letwaba had not seen before, and so he decided to stay with lake and soak up as much as he could from this towering individual. Not long after, Letwaba received the Pentecostal ‘baptism’ and become the first black preacher in the AFM. Driven by this new experience Letaba toured the northern Transvaal on an evangelistic crusade. He walked hundreds of miles, preaching the gospel, healing and baptism in the Holy Spirit. In the face of great persecution he was able to build up a strong following[vii]. Of all his achievements, what stands out the most is his establishment of the Patmos Bible School with no financial help from the white church. Thousands are said to have graduated from this Bible School and went on to preach the gospel throughout Africa. Elias Letwaba died in 1959 and was buried in the Waterberg district in the northern Transvaal where he had spent most of his life. Lindsay wrote that ‘no other man … carried on the great work started by John G. Lake in Africa.[viii]’ 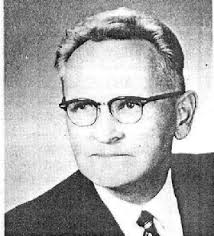 From the soil of conservative Afrikaanerdom arose a man who would be called Mr. Pentecost. His name was  David du Plessis and he was one of the early members of the AFM. He was born in a village near Cape Town in 1905. Both his parents were converted under the ministry of Andrew Murray, and later became Pentecostals through the influence of Lake and Hezmalhalch. Medicine was forbidden in the Du Plessis household, and education frowned upon. Consequently when young David went to Grey University College in Bloemfontein, his father, disturbed over his son’s involvement with education, voluntarily surrendered his lay preacher’s license out of a sense of paternal failure. When he was 30 David du Plessis was ordained to the ministry of the AFM. For many years he played a leading role in his denomination, editing the AFM magazine Comforter/Trooster and serving as general secretary from 1936 until 1947[ix]. In 1947 Du Plessis left South Africa and become the organising secretary for the Pentecostal World Conference (PWC) for nearly a decade. From 1948 Du Plessis resided in the USA. Contact with the president of Princeton Theological Seminary, John Mackay, led to an introduction to the ecumenical movement. Du Plessis was to attend all six assemblies of the WCC from Amsterdam (1948) to Vancouver (1983). During this time he became known as ‘Mr. Pentecost’ and lectured at many major theological centres – Princeton, Yale, Union, Colgate, Bossey and others. Du Plessis was also received by three popes, John XXIII, Paul VI and John Paul II. Indeed, the crown of his ecumenical achievements probably lay in the development of the Roman Catholic-Pentecostal dialogue. While known as a man of peace and reconciliation, Du Plessis took a bold stand on controversial issues. Widely condemned by his Pentecostal brethren for his ecumenical contacts – the Assemblies of God in the USA asked him to surrender the ministerial credentials they had granted him – he remained outspokenly and solidly Pentecostal in his doctrinal convictions to the end. If conservatives protested against his ecumenical sympathies, liberals were horrified at his opinion that South African apartheid was a workable scheme, given the social realities. And both liberals and conservatives were puzzled by his favourable comment on the appearances of Mary reported at Medjugorje in Yugoslovia – which he personally visited[x]. No one in the twentieth century so effectively linked three of the major Christian movements of the time – the Pentecostal movement, the Ecumenical movement, and the Charismatic movement[xi]. The Full Gospel Church of God Two other major bodies of the classical Pentecostal type were formed in South Africa, namely, the Full Gospel Church and the Assemblies of God. Archibald Cooper visited the Cape as a sailor in 1901 and decided to stay. Converted at a Gypsy Smith meeting, he joined a Presbyterian church for a while. He had been receiving the Apostolic Papers from Azusa Street, and a Pentecostal experience in 1907 led him to join Lake and the AFM in 1908. But after about a year, tensions with the other AFM leaders resulted in Cooper leaving that body. In 1909 George Bowie, a Scottish immigrant to the USA, was sent by the Bethel Pentecostal Assembly of Newark, New Jersey, to South Africa, where he founded the ‘Pentecostal Mission’. In 1910 Bowie and his colleague Eleazer Jenkins invited Cooper to join the Pentecostal Mission, which was registered as a company in 1913. This was a pragmatic act of convenience, as obtaining official recognition by the government as a church was not easy for Pentecostal bodies in those early days[xii]. This registration, however, brought about a schism when the congregation in Pretoria, unhappy at being a ‘company’ rather than a ‘church’, broke away and called themselves the Church of God. The schism was healed in 1921 when the Pentecostal Mission and the Church of God reunited, adopting the name Full Gospel Church (FGC). Various attempts were made over the years to unite the FGC and the AFM. But differences over baptism (the FGC practised single immersion over against the triple immersion of the AFM) and church government (FGC congregations enjoyed greater local autonomy than those in the more centrally organized AFM) could not be overcome. The FGC has the distinction of being the largest Christian denomination among the Indian population of South Africa. This is largely due to the work of one of South Africa’s more remarkable Pentecostal pioneers and evangelists, John Francis Rowlands.

The 1925 The United Pentecostal Mission was established in Pietermaritzburg by Rowlands’s father and a Methodist Indian friend, Ebenezer Theophilus. In 1928 J.F. Rowlands took over the work, which grew slowly by means of open air services, cottage meetings and evangelistic campaigns. A major breakthrough occurred with a ‘Revival and Healing Campaign’ in 1931. In the first three weeks of the campaign over one thousand new converts were baptized in the Umzinduzi River[xiii]. Due to Rowlands’ strong revivalist stance, affiliations with any of the established churches were difficult. He was also accused of being divisive when many some Baptists, Methodists and Anglicans joined his church. As a result Rowlands and his congregation joined the Full Gospel Church. In October 1931 Rowlands moved to Durban, where he established the Bethesda Temple in Carlisle Street. This became the headquarters for the Indian work in South Africa with all branches being daughter churches of ‘mother Bethesda’ in order to encourage a family atmosphere[xiv]. For the next few decades the Bethesda

Movement, as the work of Rowlands became known, grew rapidly.  Rowlands achieved a level of acceptance among Indians unprecedented for a white person in South Africa. He lived with an Indian family for a while and later shared a room  with his first Indian co-worker, F. Victor, the first of more than forty Indians to be ordained as pastors in Bethesda by 1980[xv]. Rowlands faced much opposition from angry Hindus during his early ministry. Threats of violence were made, there was a case of food poisoning, and even an attempt to burn down the church[xvi]. However the love that Rowlands showed won over the wider Indian community, gaining him much respect. Rowlands and other Bethesda people supported the fasts for the freedom of Gandhi in India which had been called for by the Natal Indian Congress. In 1949, one year after the Nationalist Party came to power, he wrote: It is our firm conviction that the policy of the present South African Government in trying to introduce ‘apartheid’ into the country has no sanction whatever in the teachings of the New Testament … We rejoice because our citizenship is in heaven and there is no ‘apartheid’ there … There is also no ‘apartheid’ at Bethesda where we are all one in Christ … irrespective of race or colour[xvii]. One of his concerns in later years was the proliferation of new Pentecostal movements which did not hesitate to proselytize Bethesda members. ‘Many strange doctrines abounding’ he complained in 1963. ‘Many of our members are being “kidnapped”! Why do people leave Bethesda? … How many other churches manned by ex-Bethesda members! They criticize Bethesda left and right … but jump to get hold of our members!! Bethesda is Unmoved. We shall continue to stand for the highest principles.’ In his 1966 Annual Report, Rowlands referred to ‘many new denominations … herded by self-appointed pastors … I have never known such a day for sheep stealing![xviii]’ When J.F. Rowlands was finally laid to rest in 1980, he left behind him a Christian community of more than 23 000 souls, the largest single Christian denomination among the Indian population of South Africa. At his death, control of Bethesda effectively passed to the Full Gospel Church, with which Bethesda had affiliated forty-seven years earlier.

Assemblies of God Together with the AFM and the FGC, the Assemblies of God (AG) is one of the oldest Pentecostal churches in South Africa. It came into being through the work of several Pentecostal missionaries from Britain and North America. From the beginning the AG was a majority black church. In fact until 1935 there were no white AG congregations in South Africa. As AG churches were established among the various peoples of South Africa, three AG ‘groups’ emerged which were united in a common General Executive. For much of its history the General Executive has had a majority black leadership. Associated with the AG of South Africa was a man who, on account of his extraordinary gifts of evangelism and leadership, became famous throughout Africa and was described in the November 1959 issue of TIME magazine as the ‘black Billy Graham’, Nicholas Bhengu.

Note: This post is a revision a duplication by and large of the content found in: Roy, Kevin . Zion City RSA. The Story of the Church in South Africa. (Cape Town, South African Baptist Historical Society 2000)