This is the twelfth in a series of posts I am doing on pivotal moments for the Gospel in South African history. If you would like to read the first in this series click here

More than ten million South Africans belong to Pentecostal or Zionist type churches. Interestingly these two are closely related, as we shall see. These churches have experienced the most rapid growth throughout the twentieth century and play an significant role in the spiritual life of South Africa. These churches have grown chiefly among the poor, the dispossessed, the oppressed and the illiterate. Such communities are not, of course, known for their scholarly and literary interests. Thus there is a scarcity of primary documents which we can draw on to piece together their story. In addition, from the perspective of the mainline churches,

Pentecostals and Zionists have generally been seen as sectarian and heretical in their beliefs and practices. Consequently, the story of their churches has not been accorded the same sympathetic and serious attention given to other longer established churches. 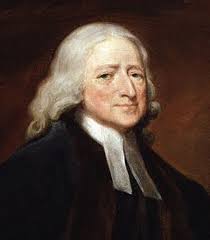 In the eighteenth century John Wesley, the founder of Methodism, taught a doctrine of Christian perfection (or perfect love), which was seen as an instantaneous work of grace in the lives of believers, appropriated by faith, and imparting holiness and power for Christian living. This became the main driving force behind the nineteenth-century Holiness movement in Great Britain and North America that stressed ‘second blessing’ sanctification and the baptism of the Holy Spirit as an endowment for service. In the twentieth century the Pentecostal movement was born when the charismatic phenomenon of glossolalia, or speaking in tongues, was taught to be the initial and necessary evidence of the baptism in the Holy Spirit. At first this was believed to be tongues in other languages as the Biblical account suggests, however after some embarrassing missionary experiences the ‘heavenly language’ interpretation was employed to retain some positive spiritual significance to the phenomenon[i].

John Alexander Dowie, was thirteen when his family emigrated from Scotland to Australia. At the age of twenty he decided to enter the ministry and left Australia in 1868 for the University of Edinburgh, to study at the Free Church School. Three years later Dowie returned to Australia where he served in several Congregational churches. Later he became convinced of the practical message of divine healing and in 1874 started a publication, Leaves of healing. He left the

Congregational Church in 1878, and launched an independent ministry. In 1888 Dowie migrated to the USA where he eventually established Zion City just north of Chicago[ii].This model community, in which pork, alcohol, tobacco and drugs were strictly prohibited, became the headquarters of Dowie’s Christian Catholic Church in Zion (CCCZ), over which he ruled as ‘Elijah III, the Restorer’.

In South Africa Dowie’s Leaves of healing was eagerly read by those interested in the message of divine healing. Men such as Pieter L. le Roux, a Dutch Reformed missionary and disciple of Andrew Murray, Johannes Büchler, a Congregationalist pastor, and Edgar Mahon, a Salvation Army officer. In 1895 Büchler left the Congregationalists to start his own congregation which he called the Zion Church (which later became the Free Baptist Church, the church in which I grew up in[iii]), and in 1897 he sought affiliation with the Christian Catholic Church in Zion. Edgar Mahon was healed after prayer by Büchler, who also developed a close friendship with Le Roux. In 1901 the DRC missionary commission found Le Roux guilty of rejecting doctors and medicines, pork, tobacco, and infant baptism[iv].He and 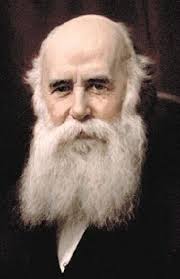 his wife resigned from the DRC in 1903 and continued as missionaries of the Zion Church in Wakkerstroom. In 1904 Dowie sent Daniel Bryant to South Africa, having commissioned him as overseer of the CCCZ congregations there. Le Roux met him in Durban. Shortly thereafter, Le Roux, his wife, and about 140 black Zionists were baptized by three-fold immersion in a river outside Wakkerstroom. From the Wakkerstroom congregation came many future leaders of Zionist churches in South Africa, so that Wakkerstroom can be called the ‘Jerusalem’ of the AmaZioni of South Africa. Bryant ordained Le Roux as overseer of the CCCZ in Pretoria.

In 1901 former Methodist preacher Charles Parham, principal of the Bethel Bible School in Topeka, Kansas, came to the conviction that speaking in tongues was the evidence of the baptism in the Holy Spirit. The new

Pentecostal movement received its most drive from the Azusa Street ‘revival’ in Los Angeles (1906-1909) led by William J. Seymour, a black Holiness preacher and former student of Parham. From Azusa Street, the movement rapidly spread throughout the world by means of the mission’s newspaper, the Apostolic Faith, and the witness of pilgrims who flocked to Los Angeles to experience ‘glossolalia’[v].

In 1908 two American Pentecostal missionaries, Thomas Hezmalhalch and John G. Lake, arrived in South Africa. Lake was formerly an elder in Dowie’s Zion City and was acquainted with Seymour. A photograph taken at Azusa Street in 1907 shows Lake and Hezmalhalch together with Seymour and other early Pentecostal leaders[vi].The two missionaries began to hold services in a black (Zion) church in Doornfontein, Johannesburg. Many members of the CCCZ attended these meetings, where they learnt that ‘Zion taught immersion and divine healing, but not Pentecost.[vii]’Most of the CCCZ people accepted the Pentecostal message and soon offered their Zion Tabernacle in Bree Street for the services. This became the headquarters of the Apostolic Faith Mission

(AFM), as the new Pentecostal church was called – the same name as that of Seymour’s church in Azusa Street.

Attracted to the church were many poor and socially uprooted whites, a large number of them Afrikaners who had flocked to the city after the devastation of the Second Anglo-Boer War[viii].Le Roux also attended Lake’s meetings but was initially repelled by the noise of the Pentecostal preaching and worship.

After becoming convinced, however, of their message, he joined the AFM. When Le Roux went back to Wakkerstroom to explain this next step to his people, they were dismayed, because they did not want to lose their identity as Zionists. A period of confusion ensued. Some of his members went with him, but several others seceded to form their own African-led Zion churches (today’s ZCC). Those who followed Le Roux remained the Zion branch of the AFM. Later there were secessions from this church as well. It is from this point that the paths of the classical Pentecostal churches and the AmaZioni begin to diverge, and we shall would need to consider their stories separately. But it is important to remember that South African Pentecostals and Zionists share the same common sources – John Alexander Dowie’s Zion City and William Seymour’s Azusa Street ‘revival’.

[i] Hunter, Harold D. “A Portrait of How the Azusa Doctrine of Spirit Baptism Shaped American Pentecostalism”. Enrichment Journal. Accessed May 21, 2014.

Note: This post is made with permission and is by and large the content found in: Roy, Kevin . Zion City RSA. The Story of the Church in South Africa. (Cape Town, South African Baptist Historical Society 2000) Pg 112-115.

← Does the Bible teach that Jesus is God?
Book Review: The Secret Thoughts of an Unlikely Convert →

1 comment for “The Gospel in South Africa #12: Pentecostalism and Charismaticism Reach South Africa”