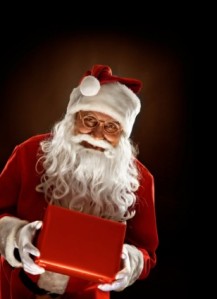 Santa Claus, is known by many names: Saint Nicholas, Father Christmas, Kris Kringle and simply “Santa“. He is a figure that has been influenced by legend, myth, and folklore. He wears red, is pulled around on a sleigh by a bunch of reindeer and delivers presents to good children on the 24th of December.

The purpose of my post is not to argue about whether or not to teach kids about the full on mythical father Christmas; personally I think it is a bad idea to go along with our culture on this; my friend Clint Archer does a good job of dealing with this issue, click here to read it.

What I hope to do in this article is see if there is anything about Father Christmas that can be redeemed. Before you think my culture-redeeming theology has got the best of me, please read on.

The portly, joyous, white-bearded, bespectacled, red coat wearing, black leather belt displaying man who carries gifts for children in a huge bag really became popular in the USA and Canada in the 19th century[i]. Thanks to the American media machine this image has been maintained and promulgated in song, radio, TV, children’s books and films. This image was further entrenched in the 20th century, especially with big corporations like Coca-Cola taking Santa on board their advertising[ii].

If we move back a few generations, some people say that the affinity Santa has for chimney comes from the pre-Christian era of Northern Europe. Some suggest that the Norse believed that Odin came through the chimney of a house to deliver gifts. After Christianization it may be that this attribute of Odin was passed on to Santa.

Santa has definitely been the source of much opposition in history, the Calvinists, puritans and other non-conformists denounced the celebration of holy-days, in their desire to undo the damage done by the Roman church of the time. This meant they had a huge issue with Christmas. They also had a huge issue with the veneration of saints. Saint Nicholas just happened to be one of the saints venerated in the Roman and other high churches. While I sympathise with the Calvinists and puritans of the time, I do think we live in a different era. The veneration of saints is not as organised and institutionalised across our culture as it once was. Perhaps trying to redeem saints like Nicholas may not have been wise 500 years ago, but I do think there is room for seeing how we as Protestants can embrace these parts of church history today.

How did I get from Santa to saints? Well, it seems that Saint Nicholas is part of the inspiration behind the 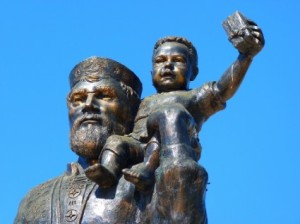 modern Santa Claus. St Nicholas was a Bishop who lived in the 4th century AD in Myra, which was the then Asia Minor (Modern day Turkey). He was a rich man due to a large inheritance that came his way when he was orphaned at a young age. Records seem to indicate that he was a kind man with a reputation for helping the poor and secretly giving gifts to people in need. He died December 6, AD 343 in Myra and was buried in his cathedral church.

In the 16th century stories about St. Nicholas were very unpopular due to the puritans and Calvinists. So the tradition of venerating him changed to become Father Christmas in the UK, Pere Noël in France, Christ Kind in Germany and Kris Kringle in the US, and as a result of Dutch settlers later he was called Sinterklaas, or as we now know him, Santa Claus.

So how can we redeem Santa Claus? Well one way might be by telling kids the truth about him. Let’s go back to his story a little:

Nicholas used the huge inheritance he recieved to assist the needy, sick and suffering. He became bishop of the church in Myra while he was still relatively young. He was well known for his love for children, concern for sailors and generosity to the needy. Under Diocletian, an emperor who ruthlessly persecuted Christians, Nicholas was exiled and imprisoned for his faith.

Now comes the bit that makes sense of his connection with Christmas. After Bishop Nicholas was released from prison, he attended the Council of Nicaea in AD 325; this was a church council that was called partly due to a heresy about the nature of Jesus Christ. A man named Arius was going around and teaching that Jesus was not fully God; he said that Jesus was just a created being, totally contradicting John 1:1. At this council bishops from all over the known world gathered to hear Arius’ case and evaluate it according to Scripture. 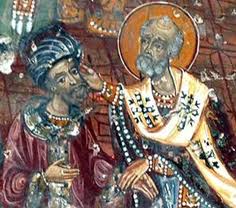 Now there is a weak tradition, that says that at the council of Nicea, Nicholas and Arius met. They story goes that they got into a heated debate about whether there was a time when the Word did not exist. Nicholas obviously disagreed with Arius. The debate ended suddenly when Nicholas punched Arius in the face and knocked him out on the floor at the council. I guess Arius was on his naughty list.

I don’t necessarily agree with his methods; however I do admire his passion for an Orthodox Christology.

So what do we want our kids to think about when they think of Santa? Think of a Christian bishop who was persecuted and imprisoned for his faith. Think about someone who had a compassionate heart for the vulnerable of society. Think about someone who had a passion for orthodox Christology (accurate understanding of Christ). He wanted people to know the real Jesus, the one who existed from all eternity and at a particular point in history was incarnate (He became a man). So instead of Santa Claus being a distraction from considering the doctrine of the incarnation, St. Nicholas was someone who wanted people to know the truth about the incarnation, which is the focus of much of the Christian world this time of year.

[i] Penne L. Restad. Christmas in America: A History

9 comments for “Can We Save Santa?” 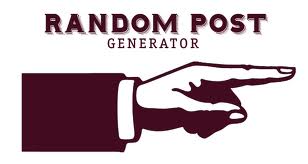