What do you know about Guy Fawkes Day? Fireworks… maybe something to do with ‘V for Vendetta’. Surely you are familiar with the rhyme “Remember, Remember the fifth of November, the gunpowder treason and trial, I can think of no reason why the gunpowder treason should ever be forgot.” But what is it all about?

Guy Fawkes Day is actually a significant day in history, particularly in Church history. The original celebration of Guy Fawkes Day was put into law in England. It was called The Observance of 5th November Act 1605  also known as the “Thanksgiving Act” it was installed by the Parliament of England and passed in 1606 in the aftermath of the Gunpowder Plot.

Guy Fawkes was born in April 1570 in York, England. Under a number of childhood influences he to converted to Catholicism.

By the time he was 21 he had sold the estate his father had left him and travelled to Europe to fight for Catholic Spain against the Protestant Dutch republic in the Eighty Years War. His military career went well and by 1603 he had been recommended for a captaincy. He had also adopted the Italian variant of his name, becoming known as ‘Guido’.

That same year 1603 the Puritans were stirring in England, they petitioned the king about a variety of issues that they felt were wrong in the Church of England. The king took the petition seriously and in a royal proclamation in October, king James announced a meeting to take place at the Hampton Court Palace, a luxurious 1,000-room estate just outside of London

It was during this meeting that the proposal was made for the translation of a new Bible. The king insisted that

king James at the Authorisation of the new Bible

the translation use old familiar terms and names and be readable in the idiom of the day. The final product was intended primarily for public and popular consumption. It was to be read orally – intended more to be heard in public than to be read in private (since there was still widespread illiteracy in the day).

Under the authorization of king James and the protection of parliament one of the most influential translations of the Bible would be produced influencing the biblical literacy of Britain and resulting in the many missionary endeavours later coming out of a Bible saturated England. However at the time, the producing of a Bible in the language of the people did not bring joy to the Roman Catholic church who had tried as far as possible to either keep the Bible in Latin or at least limit people’s access to it.

In the same year (1603), Guy Fawkes travelled to Spain to petition the king, Philip III, for support in fomenting a rebellion in England against the “heretic” James I. Despite the fact that Spain and Britain were still, technically, at war, Philip refused.

It was while on campaign fighting for Spain in Flanders that Fawkes was approached by Thomas Wintour, one of the plotters, and asked to join what would become known as the Gunpowder Plot, under the leadership of Robert Catesby.

His expertise with gunpowder gave him a key – and very perilous – role in the conspiracy, to source and ignite the explosive. But 18 months of careful planning was foiled with just hours to go, when he was arrested at midnight on 4 November 1605 beneath the House of Lords. Thirty-six barrels of gunpowder were found stacked in the cellar directly below where the king would have been sitting for the opening of parliament the follwoing day.

The foiling of the plot had been expertly engineered by James I’s spymaster, Robert Cecil. Fawkes was executed for his crimes.

Guy Fawkes instantly became a national bogeyman and the embodiment of Catholic extremism. Through the centuries bonfires were lit annually to commemorate the failure of the plot in England and abroad.

So why should you celebrate Guy Fawkes Day? As it was put by the British parliament, it’s a day of thanksgiving. Thanksgiving for God’s providence, for the protection of all those things which would not have continued if king James and the British parliament were successfully assassinated, and subsewuently replaced by a catholic monarch: the King James Bible, the continuing work and growth of the puritans in England and their subsequent colonisation of America; all the missionary enterprises of England and America and the expansion of the gospel through the vehicle of the British empire. 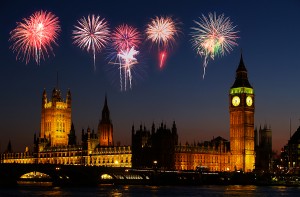 If you grew up in any part of the British common wealth and enjoy the privileges that came with the effects of the gospel on a nation then you can give thanks for God’s smiling providence on Guy Fawkes Day. But why stop there, why not make it part of your family tradition to specifically rejoice in all those truths that Protestants we have enjoyed since the Reformation. Truths that despite the best attempts of the Roman church of the time we still relish and enjoy today: the sufficiency of Christ’s work on the cross; the fullness of Salvation secured by the once made sacrifice of Christ; the priesthood of all believers; the sufficiency of Scripture for all life; the goodness of God’s gift of sexuality; justification by faith alone in Christ alone.

The fireworks that used to light up the sky, while originally commemorating the explosion that didn’t soar over the British parliament, can also remind us of the light of the gospel that will never go out, but shines and illuminates the darkness of this world in glorious and beautiful brightness.