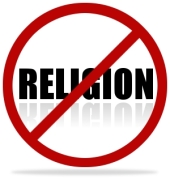 Freud saw how children related to parents and he correlated it to religion. Basically he conclud

ed that religious people create a God that they can placate, to justify the way they live. People do things wrong deliberately, they live how they want; and then go to an angry God for punishment so that their consciences are appeased of the guilt. I’m sure we can think of more than one movie where this kind of thing is typified: The Godfather, Boondocks Saints, etc. People do wicked acts and then become self-righteous and ‘right’ with God. They are using this method with “a punishing made-up God” and therefore religion becomes psychological self-justification. This results in smugness and self-righteousness. Freud believed that God didn’t create people, people created God, so they could placate him and buy him, and thus have a decent self esteem.

While Freud saw religion as psychological self-justification, Marx saw religion as sociological self-justification (though Marx did not refute Freud). Marx’s famous quote, “Religion is the opiate of the masses” needs some explaining however. At the time of Marx, opium was a pain-killer, not a recreational drug. The poor and the oppressed could ease the pain of their suffering by looking forwards to a better afterlife. But the problem is that doing this reduces the revolutionary impulse. It reduces their desire to have justice right now, on this earth. Thus religion is “a way for the rich and powerful to secure their hold on their wealth and power”. People supposedly use religion to justify their own imperialism: our race, our nationality has the truth and everyone else is a barbarian, and so we can exploit them, we can enslave them. Religion is a way to sociologically exclude, “we are righteous and you are not” and it’s a way to pacify the suffering, “God will bless you in the next life if you suffer now.”

Nietzsche went even farther than Marx and Freud. He said that all claims to truth are just power plays. Marx and Freud just used their

critiques to create other movements that put themselves in power. Socialism didn’t liberate the masses; it just created a new revolution with a new set of rulers. Nietzsche pointed out the problem like this: religious people say that the problem of the world is secular people- they have no values and they are destroying the fabric of society. Secular people are just the opposite. They say that the problem of the world is religious people- they are bigoted and intolerant and keeping people down and destroying the fabric of society. But both groups share the same belief that they are the good guys and the other side is the bad guys. Nietzsche brought in what is called the ‘hermeneutic of suspicion’. He saw Marx call for justice and asked, “Ok, but why do you want justice? Are you motivated by justice?” Look at communism… hard not to see that whenever people who called for revolution get in power they just set up their own dictators, another group who has money, power and influence. Marx said that religion in the rich is basically people trying to accrue power; Nietzsche says that religion in anyone is just them trying to get power. Any moral statement, and truth claim is just a power trip.

Very powerful. Religion is using God to accrue power through your own performance and the result is self-righteousness and or anxiety, social exclusion and a general power trip. These critiques are excellent. I don’t want them to go away. I want everyone everywhere to see religion for what it is, and these men have done a good job of forcing it into the faces of the contemporary world. Butthese critiques get us stuck!

When you read the New Testament we read about the Pharisees (religious leaders of the time). Jesus said to them, “You tithe mint and cumin, [you go to church and you follow all the laws] and you devour widows houses” (Mark 12:40). That’s our idea of a religious person: someone who goes to church all the time, who reads the Bible all the time, but they use their power and position to abuse and control. But there is something scary about the sweet middle-class nice people. Imagine a middle-aged white lady who doesn’t understand racists; she is so glad she doesn’t treat black people badly, even though “they are so lazy”- she is always kind to them. She can’t fathom why that little boy from a poor area is naughty, if she were his mother he would be well behaved. She cannot grasp why the floor at the doctor’s office is dirty, if she ran the place it would be cleaned every few hours. And suddenly we start to see the power trip. Self-righteousness, exclusion and power. 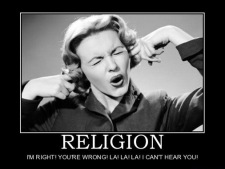 How the critiques get us stuck is that all the critiques critique themselves. Freud says people use religion to justify their bad behaviour, but why Freud, did you ask the question of religion in the first place? It was when he realized that he had these deep desires that he held down for so long and never expressed, but now that there is no God, and religion is not true I don’t have to suppress my desires anymore…. that’s also self-justification. People have psychological reasons for believing in God, but they have even more psychological reasons for denying God.

“Oh, everyone is bigoted… except me. Everyone is trying to control… except me.” Its just another power trip, another way to feel superior to ‘the others’. It falls victim to the very same thing religion does.

This is what is interesting. Jesus Christ is the most anti-religious person, the most anti-religious founder of any religion ever. Everything Marx said, is not only in the prophets of Amos and Isaiah- they say “if there is a God who you use to oppress the poor it’s not a true God”. But Jesus turns right around and when they ask if he is the true messiah he says to John the Baptist’s disciples to go tell John the Baptist what they see, “the poor have good news preached to them”. He says to the Pharisees, “You tithe and pray but devour widows houses”. Freud’s view shows self-justification- basically you are trying to buy God off… but in reality that’s everything the Bible says too! Jesus says “God can buy you but you can never buy Him” This is because you can’t placate God with your own works. If you believed, as religious people do, that by giving  money, doing good deeds, and every so often repenting and doing all the rig morals that God will accept me.  In every single situation in the Bible, where Jesus Christ comes up against someone like that, he just cuts them down. You cannot justify yourself. Remember the story where he slams the rich young ruler who asked, “what must I do to be saved”, and Jesus said, “love the Lord your God and your neighbour as yourself”, and he says,” but I do that”, he tries to justify himself (Mark 10:17-27). Jesus told that parable of the good Samaritan. Jesus Christ is the most unreligious, anti-religious teacher of religion of all. The word religion almost never shows up in the Bible unless negatively or ironically like in the last verse of James 1 (“Pure and undefiled religion is to visit the orphan and widow in their affliction, and to keep oneself unspotted from the world”)

But Jesus came and said, “I am God, who became weak! And I came down to earth to die. Christianity is the only ‘religion’ that even claims that our God came to earth to be abused, that our God came to earth and was trampled on by the powerful, No one even comes close to that. Christianity says that at the heart of our religion at the heart of the narrative of the gospel God became weak so that you could be saved, and now once you see that, you can’t buy God off, you gladly owe him everything and you now live a life of sacrificial service to other people.

Readers, I can’t go any further than that today, but I hope that as you continue searching you might see how Jesus frees us from the pride and fear of both religion and irreligion.

← Conversations on Covenantalism: What are the Covenants?
What’s the Flavour of Your Resolutions? →