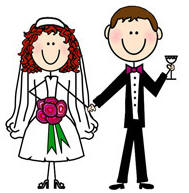 There are a lot of opinions abounding about the value of pre-marital counselling; ‘is it really necessary?’, ‘it doesn’t help everyone’ and ‘there’s no pre-marital counselling in the bible’ are some of the common objections to this practise. However I think the wisdom of this practise should be more evident to people in our culture with its extremely high divorce rate.

Before the rise of the feminist movement and woman’s lib, in general Christian mothers along with their husbands raised children to be godly spouses (Titus 2:3-4; Proverbs 22:6; 1 Timothy 2:15). After this time, people were raised to be successful, independent career persons; where the greatest evil that could infect a relationship is co-dependence. Since most people are raised this way and the culture also influences in this direction, when contemporary people enter into the marriage covenant they start with a deficit. Their entire idea of a marriage relationship is warped. Now I am not suggesting that a few pre-marital classes can totally fix all the sin that is in the heart, all the years of being raised in a anti-marriage type way and all the social influences surrounding us, but that does not negate the benefit of helping people to think along the right path in their marriage.

Some may object, and say that they know of couples, who went through a proper bout of pre-marital counselling, and yet after they were married they still struggled; this is a flawed argument against the need for this type of counselling since one cannot know that they would not have fought worse had they not had the sessions.

Furthermore, since marriage and its seriousness is so downplayed in our culture, the pre-marital sessions serve the purpose of getting couples to invest time and energy in their relationship with God’s Word as a guide, something there can be an added blessing to a relationship if that habit continues into marriage. People may through this process better see the huge potential for blessing and cursing that is contained in the marriage covenant.

Some couples get by fine without pre-marital counselling, but the goal of Christian marriages in not merely to get by. Just because some people are fit to be members of a church, doesn’t mean they can skip the membership classes.

What must be kept in mind however is that pre-marital counselling is something that deals with the symptoms, not the disease. Obviously the over-arching disease is sin, which only the gospel can fix, but the specific disease I am thinking of is the training ground

If households were gospel centred, examples of the complementary roles husbands and wives are to perform in a godly marriage, and this was not only being demonstrated to children but taught to them, then the need for pre-marital counselling would be greatly diminished, nonetheless even then we should be slow to throw out a special dedicated time to reminding ourselves of God’s perfect plan for marriage.

Would we again see marriage being seen as serious and joyful in our culture, as the Church upholds its importance and beauty.

← The Road to Idolatry is Paved with Many Good Distractions
What’s on the Menu? →